7 Dos and Don'ts For Becoming a Billionaire

Becoming a billionaire seems like a great goal, but unfortunately, it's only a dream for most of us. The thing is, many billionaires didn't start as such. Some indeed had economic and educational advantages, but even without those, their smart decisions and business choices—plus a few key characteristics—led them to their billions. 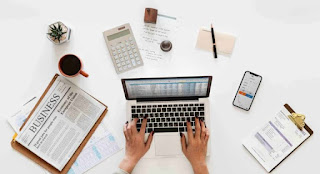 Billionaires can often fall into two classes: those who have invented something new; or those who do something else better than anyone else.

Being a billionaire takes an extreme work ethic and for many, quite a bit of patience.

Billionaires are always learning and if you have the chance to ask them, they will almost always say they are the student, not the teacher.

The most common traits among billionaires are work ethic and refusing to give up.

7 Real-Life Ways To Become A Billionaire

Inventing is a challenging career path to take. But if you've got the smarts to create successfully, patent, produce and market a product that people need (and thus, will buy in droves), you can build your future billionaire life on it. Successful inventions aren't necessarily complicated or high-tech items but can improve existing items. For example, James Dyson invented a better vacuum cleaner, and Gianfranco Zaccai invented a better mop, the Swiffer.

Innovation is the fine art of considering a current mainstream market and finding a creative way to improve the current offering.

Successful innovators will identify the real needs behind customer demands and meet them with a smarter, better, more efficient product or service that provides more than its competitors. Others may develop a business that works in a way just different enough to stand out from the rest. IKEA founder Ingvar Kamprad is an excellent example of someone who used innovation to yield billions.

Furniture doesn't seem like a fascinating market. Still, his approach of providing modular, economical pieces with a modern flair from Sweden and other European designers and manufacturers to a global market proved fruitful.

Self-made billionaire Warren Buffett is famous for his frugal ways and smart investments. Investing, of course, requires a little seed money and some accurate insight into which investments are smart and which could result in a loss. If you can follow in the footsteps of billionaire investors like Buffett, then this might be the route for you.

Do: Be an Entrepreneur

The third option for becoming a billionaire is the time-honored tradition of entrepreneurial pursuits. Starting a business and taking it to success isn't always easy. Still, for those with good business sense and the ability to spot start-ups that have the potential to be great, entrepreneurship can be the vehicle to great wealth.

Billionaire entrepreneurs might work in one of two ways: either by coming up with a great idea and taking it all the way, as in the case of Bill Gates and Microsoft, or by spotting someone else's good idea and investing in it early on. Both are viable ways to reach the success that can get you billions of dollars for your net worth.

Long-term holdings in the stock market may be a better bet than popular high-risk investments, according to billionaire Warren Buffett.

Don't: Think You Know It All

The moment you think you have nothing left to learn is the moment you kill your potential for becoming a billionaire. Especially if you're interested in building your wealth through inventing or innovating, you have to be curious, open-minded, and always learning. Those qualities allow you to look at old things in a new way, to see the potential for change and profit where others see only what already had been done.

The latest and greatest investment opportunity may be fun to talk about, but one of the pitfalls of would-be billionaires is to jump in on the "next big thing," which doesn't always turn out to be so big. Investors who make billions from their investments avoid flashy, fun, and high-risk picks and instead choose those with long-term potential to provide great returns. Real estate, energy, steel, telecommunications, pharmaceuticals, and energy are among the picks, while high-tech and intriguing but risky options may go either way.

Entrepreneurial types who succeed realize that success rarely comes overnight. One business idea might not pay off, but the next might. It's not easy to build something from scratch, especially when your something is a fortune of billions. Time is on your side if you don't rush it.

How Can I Become a Billionaire?

Who Was the First Billionaire?

John D. Rockefeller may have been America's first billionaire, as reported in 1916. However, there are historians who argue this fact, stating Rockefeller came close but did not achieve the status of a billionaire. Some say Henry Ford earned the title.

Is Warren Buffett a Self-Made Billionaire?

Warren Buffett is a self-made billionaire many times over thanks to his keen investment and business acumen, and hard work.

While some billionaires started out that way via inheritance, many did not, earning their billions through inventing, entrepreneurship, and smart investments. Though it may end up being a dream for many, some, such as Warren Buffett, have managed to make that dream a reality.