How To Make Millions From Tik Tok in 2022 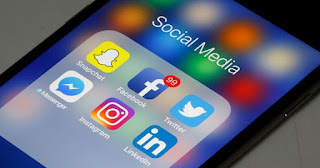 TikTok can get you wondering: Where did the last hour go as you scrolled through micro-videos of choreographed dance challenges, baffling illusions, makeup tutorials, giggling babies,  practical jokes and who knows what else?

Also, how do TikTokers make money? And is this a venture you’d want to pursue — going from viewer to creator? Here’s what you need to know:

1. They market their business and attract new clients

1. They market their business and attract new clients

Say you already have hobbies that make money. Perhaps you sell stuff online, or consult with clients for a fee, or make money on YouTube. Your TikTok content may attract more buyers, clients or viewers.

“It’s an incredible way to drive traffic to other channels — to your website, to your email list or to your YouTube channel,” says Keira Jones (@thekeirajones), a Phoenix-based TikToker who also manages and advises brands on the platform.

This is exactly how Orlando-based TikToker Connie Rietdyk (@connie.rietdyk) makes most of her cash.

She worked as a consultant on website design and search engine optimization as a side hustle for several years, but the income was “nothing to write home about,” she says, “just enough to cover an extra bill.”

She earned most of her money working at a call center until that contract ended in May 2021. With no other job lined up and unemployment benefits delayed, Rietdyk started leveraging TikTok, which she'd previously used only to view and post personal content.

In Rietdyk’s TikTok posts, she started giving small-business tips on website design and SEO. Starting with about 200 followers last May, she now has more than 11,000 — and several followers have become paying clients.

In September 2021, Rietdyk estimated that 80% of her income was coming from TikTok referrals; she'd earned nearly $11,000 since May and more than $4,600 in July alone. She found it to be enough to cover all her bills and stash away some savings on top.

“My goal is full-time, independent entrepreneurship,” she says. “I feel like I’m on the cusp of it.”

Let’s say most of your TikTok posts are about one particular subject, like caring for dogs. There may be dog food brands and leash manufacturers who want to tap into your pup-loving audience. Those companies may request your help.

The process could work in a few ways. Maybe the company sends you a free product, like a dog toy, and asks you to mention it in one of your TikTok videos. Or maybe you agree to plug the toy, but only if the company also throws in some cash.

Or maybe you really get down to business. You formalize a contract with the company for a certain number of posts about the toy in exchange for an agreed-upon amount of money. You could also reach out to companies yourself and pitch an agreement like this, particularly if you’re already using and mentioning their products.

Sponsorships like this are how Jones makes most of her money on her personal TikTok account, where she shares marketing tips. “Brands that are marketing tools are reaching out to me,” she says, “because I’m either already organically talking about their product, or they know that my audience would be interested.”

Brands started reaching out to Jones when she hit around 15,000 followers. When it comes to sponsorship opportunities, the number of followers you have may be as important as having a specific angle, such as dog care or online marketing. (More on finding your niche later.)

As Jones puts it: “The more niched down you are, the more likely it is you’ll be reached out to.” By contrast, she says, a general lifestyle influencer is probably less likely to score sponsorships. Those influencers’ audiences may have broad, hard-to-define interests, making them less appealing to sponsors.

Note that branded content must be disclosed in some way, typically through a hashtag in the description, such as #ad or #sponsored.

This resource is “basically a pool of money that TikTok distributes between everyone in the Creator Fund,” Jones says.

You can apply for this fund if you have at least 10,000 followers, received at least 100,000 video views in the last 30 days, and have met a few other qualifications such as being 18 or older.

How much money can you expect to make? The answer is a little hazy. TikTok’s Creator Fund page states the following: “A number of factors influence how funds are calculated for videos under the program. These elements include video views, video engagement, as well as ensuring the videos adhere to the Community Guidelines and Terms of Service.”

Unless you’re really hustling and pumping out successful content, this fund probably won’t be your main source of income, Jones says. She earns just a few dollars or cents per day through the Creator Fund — coffee money, she says. But even though the earnings aren’t much, she says, it’s “fun to see that your effort is being rewarded in a way.”

Tips for making money on TikTok

If you think you could capitalize on TikTok’s growing popularity, now is the time to try. “TikTok is the future,” Jones says. “A lot of people, in two to three years, are going to be looking back like ‘man, I wish I would have gotten started sooner.’”

However, if you plan to make money on TikTok, consider the following advice.

Making money on TikTok will likely be easier if you stick to a niche, rather than posting a broad array of content. So start by “determining the niche you want to grow in,” Jones says.

If you plan to use TikTok to support another gig, let that industry guide you. Or if you’re aiming for sponsorships, consider the audience you want to attract.

Research that niche and engage with its community. Search on TikTok for videos and accounts about the subject, Rietdyk says, then “like” and comment on that content.

By engaging, “you’re training TikTok to show you the kind of content that interests you,” she says. The platform will start serving you similar content. Then, when you start posting, TikTok will likely show your content to a relevant audience.

For example, say you create jewelry, and you want to use TikTok to send viewers to your Etsy page. Maybe in the future, you’d also be open to posting sponsored content.

Search for and follow TikTokers who are interested in jewelry and engage with their posts. TikTok will likely feed you more of the same content from similar TikTokers. Then, when you start posting, your content likely will be seen by the exact audience you want: people who like jewelry.

Rietdyk stresses the importance of engaging with others, building a community and posting relevant content before trying to sell your stuff. (So maybe you post how-to videos or advice first.)

“You don’t want to promote to a cold audience,” she says. “Give a lot of value for free before you even start asking for anybody’s money.”

To that same point, try to be yourself. “Don’t be fake,” Rietdyk says, adding that “TikTokers can tell if you’re doing something just for a ‘like.’”

As for sponsored content, only promote products “you genuinely use and love,” Jones says. She says she turns down partnerships for products that don’t check those boxes.

Jones adds that if you promote too many products, “your audience will get annoyed and feel like they’re being used.”

“If your only intent for starting TikTok is to make money, then you’re probably not going to succeed,” Jones says.

Like with any social media presence, she says, serving your audience should be your No. 1 priority. “That’s when people will be attracted and want to follow you,” she says.

Rietdyk adds that it’s important to “keep it positive.” She recommends setting small, achievable goals — a certain number of sales or amount of income, for example. Then, she adds, “celebrate the wins.”

Other ways to earn money

If making money on TikTok isn’t for you, consider these alternative routes:

Want to try another video platform? Try to make money on YouTube.

If you’re a gamer, look into how to get paid on Twitch.

If you’re writing anyway, consider how to make money blogging.