EXPOSED: China's Secret Plan to Kill The USD & Take Over The World Economy 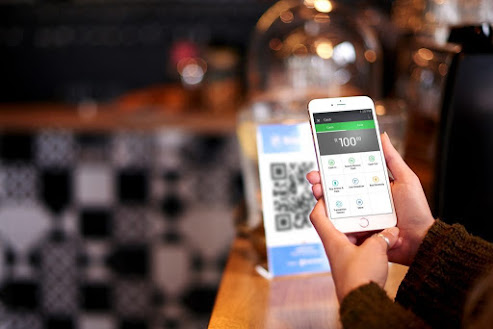 With trials at the most advanced stage of any other country, China’s digital yuan is poised to have a major impact on both China and the global economy.
The digital yuan, domestically branded as the Digital Currency/Electronic Payment (DCEP) project, is not only set to disrupt the country’s well-developed mobile payment industry and create new efficiencies in the Chinese economy, but could also challenge the supremacy dollar.
With China’s meteoric rise on the global stage, Beijing long hoped its physical currency, the renminbi (yuan), would ride on the back of its economic success and force a shift away from the dollar-dominated financial system.
Steady rollout
Digital currencies are a form of money that is stored on an electronic database and otherwise exhibits all the properties of physical currency.
Unlike other digital currencies, which operate under a decentralised system and are anonymous, central bank digital currencies (CBDC) like the digital yuan are firmly under the regulatory arm of the state.
CBDCs act as a digital form of a country’s fiat currency that is also a claim on the central bank. Instead of printing money, the central bank issues electronic coins backed by the credit of the government.
According to the Bank for International Settlements (BIS), 80 percent of central banks are now engaging in research, experimentation or development of CBDCs – few of which have progressed to the soft launch phase.
China’s central bank, the People’s Bank of China (PBOC), began developing a digital currency in 2014 – a project which later grew into the Digital Currency Research Institute. By April 2020, it had introduced the DCEP pilot programme in four Chinese cities. In July, China’s ride hailing giant Didi partnered with the PBOC to advance efforts to test the digital yuan on its transportation platform.
This year, tests have expanded to larger cities like Beijing and Shanghai. Last week, the southwestern city of Chengdu received a handout of 6 m digital yuan, making it the largest scale of the test to date.
Although there is no official timeline for a launch, economic planners are reportedly aiming for nationwide implementation ahead of the 2022 Winter Olympics in Beijing.
The DCEP is expected to work similarly to payment systems like Alibaba’s Alipay and Tencent’s WeChat Pay, the two main apps that Chinese consumers make purchases on. The dominance of these apps stand in the way of the digital yuan’s mass adoption, which might explain the government’s recent moves to rein in the power of Chinese tech giants. Unlike Alipay and WeChat Pay, digital yuan users will not require bank accounts: digital wallets will allow touch payments where transactions can occur even without the internet.
- source