How To Make Millions By Playing Games On Twitch 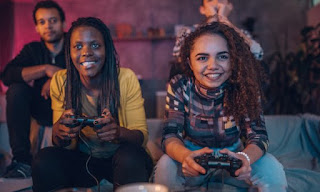 Twitch is the go-to platform for gamers, with more than 4 million broadcasters each month and 17.5 million average daily users, all playing or watching other people play video games. It’s also the destination for gamers hoping to turn their hobby into a little extra cash and make money without a traditional job.

Some broadcasters earn seven figures per year, thanks to subscriptions, sponsorships and a share of ad revenue, among other things. Granted, they typically have tens of thousands of followers and spend hours each day broadcasting, gaming and hosting other games on their channel.

But you don’t need to be an elite user to cash in on the site. Here’s how to build your audience and start making money on Twitch.

You can’t attract an audience on any online platform overnight. It’s the same with Twitch.

“Successful channels — like companies — are built up over years, not over days or weeks,” says Jordan Slavik, an avid gamer who has advised Twitch broadcasters on building a following. “The most important thing is to keep producing materials.”

You might make a little money here and there at first, but don’t expect a steady income until you’ve put in a lot of work. Find your niche, whether it’s a game, genre or shtick — if you’re not the most skilled player, for example, be the funniest. Set a regular streaming schedule so fans know when to tune in. Use your existing social media accounts — Twitter, YouTube, Facebook, Instagram, etc. — to promote your Twitch broadcasts. And support other Twitch users by watching and engaging with their streams.

Your marketing and networking skills are almost as important as your gaming skills, Slavik says.

Once you attract viewers, interact with them. Ask questions. Crack jokes. Respond to chats. An entertaining broadcaster gets fans to tune in stream after stream.

Track all the money you make

See the ins and outs of your cash, cards and bank accounts at a glance.

How to make money as a novice

When your audience grows, so does your potential to earn money. But there are a few ways you can cash in as you’re still growing your following:

Twitch users like to support their own. One of the main ways they do this is by donating money to their favorite streamers. Add a “donate” button to your channel — via PayPal or a third-party app, such as Streamlabs — and let viewers show you the money.

Companies use Twitch streamers to get their products in front of people, and the streamers get a kickback in return. This is typically referred to as a partner or affiliate relationship (not to be confused with Twitch’s partner and affiliate programs, more on that later).

Affiliate opportunities for Twitch streamers can come from companies that sell hardware and software, energy drinks and accessories, such as headsets and chairs. Commissions vary, but for example, Razer — the hardware and software company — offers affiliates up to 20% commission on the sale of its products.

Brands don’t typically come to you unless you’re a big-time gamer. Talk with other streamers to suss out affiliate opportunities.

If you have a dedicated audience, consider selling your own merchandise — think t-shirts, stickers, coffee mugs and laptop cases — via a third-party site such as TeePublic or Spreadshop. Just create a storefront, stock it with items — bearing your own design or curated from other sources — and promote it on your Twitch channel.

How to make money as a Twitch Affiliate

Streamers who meet a specific set of criteria can become a Twitch Affiliate. The program is invitation-only, and you must have met the following milestones within the past 30 days to be eligible, according to Twitch:

A minimum of 500 total minutes broadcasted.

An average of three concurrent viewers or more.

Joining the program comes with additional ways to earn money on Twitch:

Viewers can subscribe to your channel to unlock perks, such as exclusive chat rooms, emoticons and merchandise discounts. Monthly subscriptions start at $4.99, with $9.99 and $24.99 options available. Affiliates receive a cut of each subscription.

Another way viewers lend monetary support is via virtual cheers, called “bits.” Viewers buy bits — which come in different colors and sizes — from the chat window, according to Chase, Twitch’s former director of public relations, who goes by only his first name. The price starts at $1.40 for 100 bits. Viewers then dole them out to their favorite broadcasters, who receive a cut — 1 cent for every bit used in their chat.

Say you’re streaming yourself playing Warframe. Viewers can purchase the game and in-game add-ons directly from your channel using a “buy now” button. This button automatically appears whenever you play games sold in the Twitch store. Affiliates receive a 5% share of purchases that originate from their channel.

How to make money as a Twitch Partner

Partner status is the top tier for Twitch earners. Unlike Twitch Affiliates, who are automatically invited to join the program, users must apply to become partners.

Twitch Partners earn money the same way as affiliates and general users, but they also receive a share of ad revenue generated from their page. Partners are also likely to get endorsement deals and brand sponsorships.